A new trend, still in the early stages of development, has potential to become the biggest future technology: virtual reality (VR) is on everyone’s lips across industries today. Next to the European Broadcasting Union EBU, film productions and broadcasters immerse music audiences by a new generation in technology. This Newsletter special looks at IMZ Member ARTE's achievements in VR and asks about potential and opportunities for the performing arts media business.

Through new immersive experiences virtual reality allows music and the performing arts to approach wider and younger audiences. Following VR pioneer Nonny de la Pena, major organisations in broadcasting like the European Broadcasting Union EBU at IBC present immersive or omnidirectional content across multiple devices. IMZ Member ORF together with the Vienna Philharmonic Orchestra this year presented a 360° production of the Sommernachtskonzert 2016 – like most VR productions best watched on a smartphone.

IMZ Member ARTE holds a comprising portfolio in VR production and looks forward to promising projects in the near future. Looking at the manifold opportunities for the performing arts and media industry, the IMZ speaks to Kay Meseberg, Head of Virtual Reality/360 at ARTE.

IMZ: Virtual reality is omnipresent across industries right now.
What makes it relevant and what can it do for the performing arts media business?

Kay Meseberg: Virtual reality has an amazing potential for the arts. Art matters to us because it moves us, because it is close to us – an old idea of immersion first seen at the Greek theatre and later in new forms of storytelling. If we use technology in the arts, we wish to increase this feeling of immersion. So we need to discuss and develop technological innovation and shape it so that it can immerse and captivate audiences in the most powerful way.

How does ARTE create this immersion? Tell us about your projects!

KM: For us VR is all about the closeness of presented content and the viewer – so presence and immersion that creates empathy. We explored VR in a range of settings and genres – viewers follow us to dive with sharks, into the polar sea, we set VR eyes on Mont Blanc, into space or took our viewers on the opera stage.
When it comes to music, we particularly understand the power of this technology breaking up the usual frontier between artist and audience, between stage and auditorium, thus creating immediate proximity.
In Elisir d’Amore a production by the Milan Opera house La Scala at the airport Malpensa you choose your angle while you stand on stage right in between the artists. With the music video style production Gasoline Deluxe you are the co-driver next to Friedrich Liechtenstein.

How can music lovers enjoy a VR music experience today?

KM: We created ARTE360, a free app featuring more videos than our website. We recently published four new video experiences in the app for iOS, Android and in the new app for Gear VR. Check them out. There will be around seven more by the end of the year.
The experiences today are available on many different devices from the computer to the smartphone and to VR-headsets. But we are still in the beginning. Based on the setup there are much more options with that: Why not being present at a historical concert? Why not having a private concert? Why not sneaking via VR into a rehearsal and getting things to know about music by a conductor in an immersive way. Imagine Peter and the Wolf in VR or The Carnival of Animals.

As a broadcaster, what benefits did you experience with VR?

KM: As a broadcaster today we show programme on a variety of screens. Innovation is in the ARTE DNA and we try to reach viewers and attach them to the content we show. Since VR enhances immersion and empathy in a scene, we try to support those experiences as much as possible. As a result, we see an impressive increase in audiences from countries where people never saw ARTE broadcasts. In total people in 182 countries in the world use the ARTE360 app. We are quite satisfied with that.

How can the music film industry benefit from the new trend?

KM: There is a growing market. Many musicians are now experimenting with VR like Paul McCartney, Brian May and many more. Virtual reality, once it is further developed, can try to get as close to experiencing a live performance as possible. There is a big interest and high hopes in creating immersive music experiences. Here, film productions and VR-experts are required to support musicians in transporting their art as real as possible to audiences all over the world.

What are the benefits of VR for art institutions like opera houses or orchestras?

KM: A 360° production of a famous concert like the Sommernachtskonzert 2016 in Vienna has positive effects for an orchestra like the Vienna Philharmonic, but also for the city of Vienna. In our case, ARTE has documented the construction site of the Elbphilharmonie, or in our app you come and visit Castle Fontainebleau with us. These features literally allow to open doors to an audience, to get people interested and acquainted with the institution, who otherwise might not access or know about it at all.

You will present your VR projects at IMZ’s Avant Première 2017. What will you be looking for there?

KM: We are eager to find out together with well experienced and established artists and the institutions they work with how the technology can be used to create compelling experiences. The technology is still new, but in a fast development and there are no blueprints for VR experiences. So to create the desired experiences, it is necessary to have a good collaboration between the institution, the artist and the publisher of this kind of content.

What is the future of VR in the performing arts?

KM: There is still a long and hopefully fascinating way to go. Today VR opens a lot of new opportunities and options to show performances. Our audience appreciates this and it is very pleasing to after having taken the risk to jump into VR and 360. At the end VR and performances in reality are very close: It is their feedback that encourages the future steps.

Editor’s note:
Virtual Reality will be a programme focus at the IMZ’s international trade fair for the performing arts media industry, Avant Première Music + Media Market Berlin 2017. If you are working with VR and wish to present your project at Avant Première 2017, please get in touch with us: programme@avantpremiere.at. Programme proposals submitted by both IMZ Members and non-members are accepted. 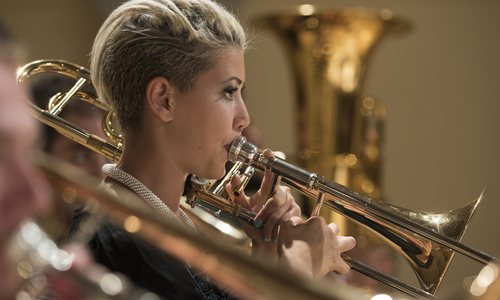 A new format for new talents. 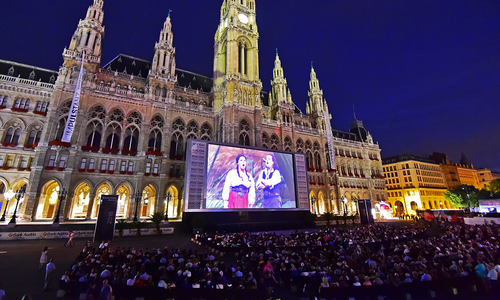 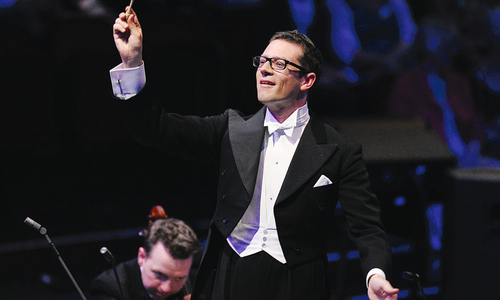 John Wilson and his orchestra, a clever combination of symphonic orchestra and big jazz band, are an annual Proms highlight. 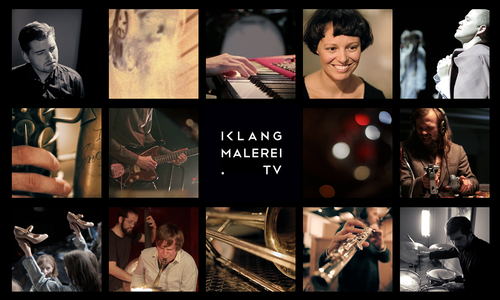 The IMZ is proud to be joined by klangmalerei.tv as a new IMZ Member. Find out who they are and what they can do for you in this interview with co-founder Michael Zöllner.