“I used to be a cheerleader. Now I am a blacksmith”

The story of a digital path to new audiences: How did the DR Koncerthuset’s YouTube Channel become a viral success globally?

Later this spring, DR Koncerthuset’s YouTube Channel will hit enormous 250 million viewings with more than 7 million monthly visitors and some extremely vivid commentary sections and really interesting user data. It’s one of the most rapidly growing channels in the digital world of orchestras, live concerts and concert houses and users around the world are even doing reaction videos that in themselves are going viral. But what’s the story behind this viral success?

First, some background to it before turning to the user data. DR Koncerthuset is home to the Danish National Symphony Orchestra (DNSO), Danish Radio Big Band and the Danish national choirs and as such it’s part of the national public service broadcaster DR. Italian maestro Fabio Luisi is the chief conductor of the DNSO whereas cutting edge Japanese Miho Hazama is the chief conductor of the big band. And the venue serves as the backdrop to the renowned tri-annual Malko Competition for conductors hosted by the symphony orchestra since 1965 just to name a bit of the many activities in the venues. The beautiful 1800 seat concert hall is the centrepiece of the only 10 years old concert house designed by Jean Nouvel. At its core, it’s all a part of a reality of broadcasting every day but in essence, its heart and mind are that of analogue experiences of high-quality acoustic music.

As for so many other venues, orchestras and even broadcasters of its kind the winds are blowing towards digital reality. Users are shifting platforms, behaviours and media preferences and there is a general need to approach new user groups and building awareness.

In the early stages of building a strategic framework for the digital presence of the concert house and its residing ensembles, we discovered that YouTube users by means of theft and illegal TV recordings were already way ahead of us showing the strength of the platform and the global demand for our kind of content but even more than that we could see how the platform could work as a strong content branding platform and especially a way of direct contact with the users. In terms of the content theft of course this was copyright infringing and was put to a stop. But the learnings were great.

At this point, our YouTube channel had multiple purposes and types of content including marketing assets but less than 1% of the subscribers and viewings than what we see today 3-4 years after and all focused on our local audience visiting the concert house regularly. So we decided to trim the channel reforming it to be solely a music streaming platform aiming at a global audience, a way of experiencing our concerts as whole pieces of music but not full concert programmes as we see on TV – so to be a sort of Spotify with pictures or a Netflix for concerts where you have the feeling of an unlimited amount of top quality live music experiences all packed in appealing production design, searchable metadata and organised in interlinked series.

On the level of the conceptual design, we are also strategically adding types of elements to the productions that we could see in the commentary tracks of earlier videos that could be surprising and create fuzz and a buzz leading to more comments, shares, traffic and awareness. This could be alto vocalist Tuva Semmingsen’s pistol earrings when she interprets Sonny Bono’s Bang Bang – my baby shot me down. The live audiences were, of course, unable to get a glimpse of these but when the camera comes close this subtle effect stands clear and the users love those small details in the videos.

To quote one user reacting to a video “I used to be a cheerleader. Now I am a blacksmith” This is just one of the thousands of similar hilarious reaction stories of change to be found in the comment section that in itself is a source of attraction.

So the motor of the channel was to be popular content that sits naturally on the performing arts and music scene that is our core field of expertise and raison-d’être: all produced at the highest possible standard technically and musically with subtle references, humour and a sense of creativity present. No compromises to be made.

Visitors must move seamlessly from one video to another using the YouTube infrastructure attempting to keep the users on the channel for as long as possible. And adding to this we are also making sure to use the available tools to navigate users to the lesser popular repertoire, create awareness of new releases creating attention to great music that on its own is less preferred by the YouTube algorithm.

The YouTube channel is now just one track of many in the outline of our digital strategy covering one part of our international distribution as a powerful side-kick to the labels, partnership broadcasters and distributers we are working with across our ensembles. This being for example the DNSO release of a Carl Nielsen Cycle on Deutsche Grammophone and the ongoing distribution partnership with EuroArts. On the domestic front, the YouTube channel serves as a supplement to the social channels, the radio and podcast services and the TV and streaming of the DR channels but doesn’t carry editorial content. The forth-coming Malko Competition for conductors is however the exception as this is one of the events where we use the user data from the popular videos to attract broader attention around a cause that is important for us. This is when we go live on YouTube every day for a week joining forces with Grammophone and Medici TV.

A few key numbers: The main motor of the channel is the soundtrack concerts by the Danish National Symphony Orchestras. The most popular video is our rendition of Ennio Morricone’s iconic music from The Good, The Bad and The Ugly. With about 75 million views of this video alone, this drives a lot of the traffic to the channel. We see users from all around the globe on the channel with the U.S as a peak of 15-20%. In general, it’s around 90% male users and the age is equally spread changing a bit depending on the type of film, game, tv-series the music comes from.

We see much younger users than we normally detect amongst our users and viewers, this has obviously something to do with YouTube on its own has a younger audience than our rather mature user groups. Check out the screen dump statistics in the slideshow.

We do also see a slight increase in international visitors to the concerts mainly in the film music concerts that are already selling tickets very rapidly so the user numbers are interesting in other ways.

Check out the channel for music digital live music experiences in a broad variety of genres reflecting the work and musical life of the biggest concert institution in Denmark! 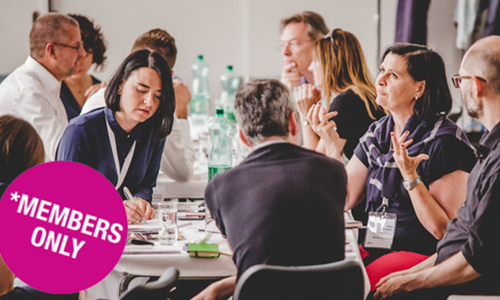 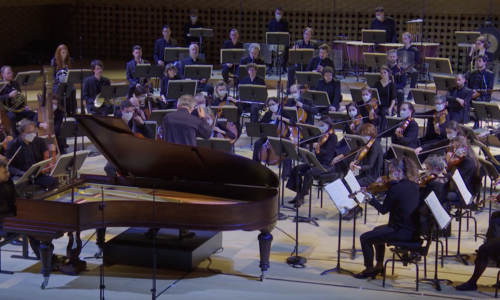 With David Kadouch and the Orchestre des Champs-Elysées directed by Louis Langrée. 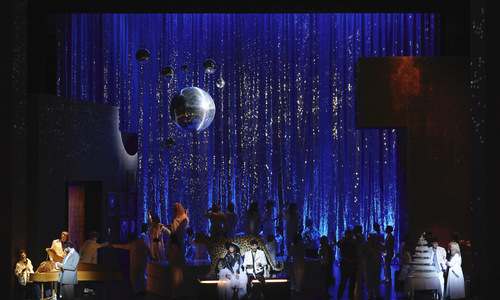 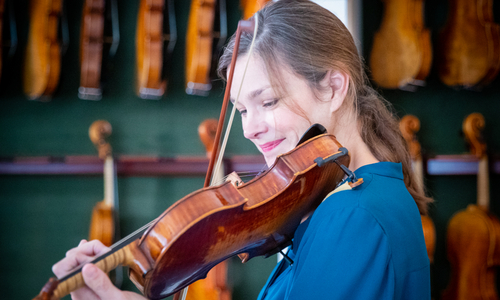 In Love with Great Strads

A documentary following superstar violinist Janine Jansen as she embarks on a once-in-a-lifetime opportunity to play twelve of the greatest ever "Strads".